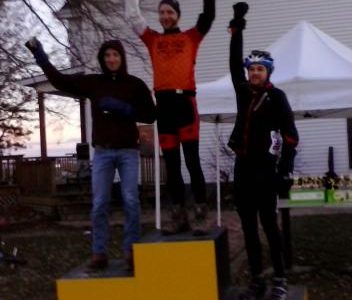 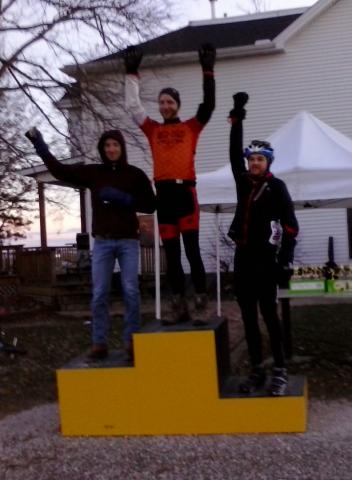 The open race was immediately after the Pro/1/2/3 race, so many of the fast guys had just raced, which proved to be to my advantage as I did not.  It was cold, windy, and the ground was frozen hard.  The winner of the Pro/1/2/3 race, Dan Eiten, passed me shortly after the start, and I latched onto his wheel.  I stayed there until the start of the last lap, where I passed him going over the barriers and led through the following technical section.  He passed me on a straight not long afterwards and I latched back on.  He gapped me, however, on a climb into a section through some trees, and I was unable to close it, though I stayed on the gas and did not let the gap widen too much.  I had a stroke of good luck when he slipped on an off-camber climb right before the finishing straight and I was able to pass him for my first cyclocross win.